Jason grew up in southwestern Pennsylvania and started playing trumpet in 4th grade with the help of his father, Ron (also a trumpet player.) He took up messing with computers and chasing girls as hobbies but quickly found that he loved to play the trumpet more than anything. After graduating high school in 1999, he moved to beautiful, scenic Denton Texas to attend the University of North Texas where he earned a Bachelors of Music (cum laude) in jazz trumpet performance in May 2004. It was then that he realized that he has no idea what good that degree is other than it was a whole lot of fun. Thus, he decided to stay and earn a Masters Degree, figuring it would be equally as fun, and finished that in 2007.

His increasing prowess and interest in business practices (and desire to maintain his lavish lifestyle) prompted him to also start working on an MBA degree in business.  He hopes to remember college as the best decade of his life.

After graduation, Jason wanted to help his fellow musicians succeed at the music business so he designed and taught the first Music Business class to ever be offered at the University, Music Industry Entrepreneurship.

From 2004-2007 (lead in 06-07) Jason played trumpet in the world-renowned, Grammy Award Nominated One O’clock Lab Band under the direction of Neil Slater. He has toured with the One O’clock band to New York, Chicago, Vancouver, Washington DC, Pittsburgh, Portland, Warsaw Poland, and Bangkok Thailand as a guest of His Majesty the King.  Jason was a teaching fellow at UNT where he directed and managed the Four O’clock Lab Band.  Among many others, he has performed or recorded with:

In 2010 he moved to Las Vegas to wear makeup, a sparkly jacket, dance around and play trumpet in VivaELVIS by Cirque du Soleil.  That run lasted until Aug 31, 2012 when the show closed.  He is currently playing in various shows/acts around the Las Vegas valley.  Jason is experienced as both an educator and performer, frequently being the guest clinician of college and high school bands around the Southwest.  He wrote and published Fathers of First Trumpet, a text that details the origins and development of the lead trumpet style.

He also co-owns Bell's Super Lube, makers of superior quality oil and grease for brass instruments.  Check us out here: 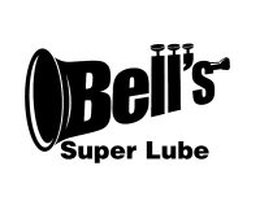